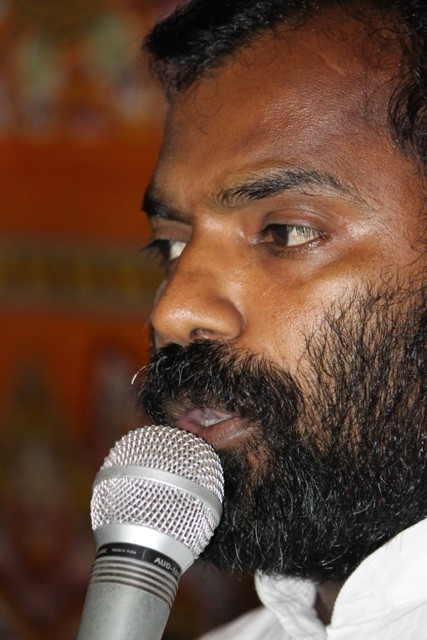 Pr. Varughese Cherian, is the elder son of Mrs.& Pr. V.T.Varughese, Padinjaremanil, Vadasserikara,Pathanamthitta district in Kerala. He came to Orissa on 1999 with a great vision to do ministries in Orissa.  Pr Cherian received the call of God for full time ministry in the time of doing secular job in Delhi and dedicated for ministry in 1996 and came to COTR Theological seminary for bible studies. In 1999 January 23rd Australian missionary Graham Stains and his two sons burnt alive in Manoharpur, Koenjhor district of Orissa. And that days Cherian took a challenge and decided to minister in this state by the guidance from God.

7th July 1999 reached in Phulbani, District of Kandhamal, the center (middle) place of Orissa, total ghut and hilly area and known as 2nd Kashmir of India. This district is mingled with schedule caste and schedule tribes and some times there will be fight between them, big caste feeling. In Orissa Christian are known as the smallest caste and untouchable .If we enter there house they will make holy there house with cow dome water.

In 2000, he married an Oriya girl, Ipsita D/o Mrs & Mr. Micheal Nayak, Gandhi Nagar, Phulbani and she became the translator and a great help in the Ministry. By God’s Grace, planted more than 13 churches in 2001, and the family shifted to Ganjam District due to high opposition.

Ganjam district is the neighbor to Andhra Pradesh and mingled with Telugu and Oriya. Small town and many people from many states are working here. This district is in the Shore of Bengal Sea and it is called silk city of Orissa. From Berhampur, Ganjam District, Cherian family started to visit many places of Orissa, conducting open air, revival meetings and planted many churches in different areas.

Click one of our contacts below to chat on WhatsApp

Social Chat is free, download and try it now here!